Despite being the central infrastructure for development, the transportation system in Iran is incomplete and worn out at the same time. The country has been forced to import required vehicles, equipment, and spare parts to improve it partly. 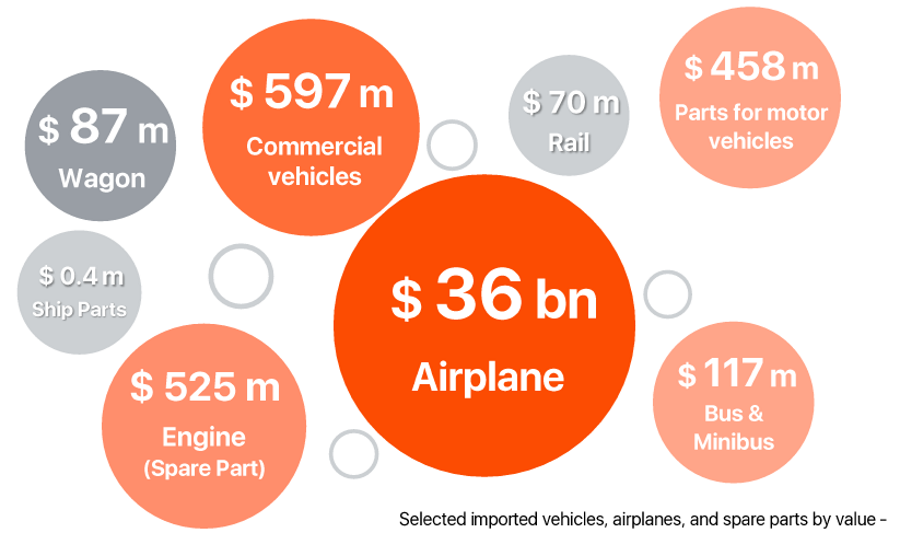 It is estimated that about $ 128 bn is needed to renew this rusty infrastructure until 2025. But this is a large sum for the country to invest in an industry even though that industry is the primary foundation for the economy.

With almost 80 million populations, 1.6 million km2 land area, 1245 city, 429 towns, and 3646 rural areas, Iran transportation system can’t remain poor and inadequate. Since about 90% of the total imports and exports in Iran are done by the maritime transport fleet, the country also certainly needs a powerful sea fleet. So is the flight fleet.

Like many other sections in the economy, the transportation system is also dependent on the foreign suppliers for providing machinery and their needed spare parts. Because Iran has a lack of technology and still is unable to manufacture many types of machinery and components on its own.

Although the market is full of opportunities for filling its big gaps, terms of sale would be a critical key to choose between suppliers due to lack of liquidity in the country. So, any provider who is interested in supplying this deficient market with new vehicles, equipment, and spare parts needed for renewing, improving, and developing transportation system, would be very welcomed.