Muharram is the first month of the Islamic calendar, which is the official calendar of the majority of the Islamic World, excluding Iran. And Shia Muslims perform rituals during the first ten days of the month, mourning the Martyr of Karbala. The rituals are in the memory of the Battle of Karbala when the second Umayyad Caliph killed Imam Hussain ibn Ali.

But, besides the religious importance of the event, Muharram has significant implications for the businesses in Iran. Moreover, you will not see the rituals at the same scale elsewhere. So, it is crucial for foreigners to understand the implications for their business in Iran.

However, before going through the effects of Muharram on businesses, it is important to understand that Muharram moves on the calendar, from year to year.

Muharram Moves from Year to Year

The official Iranian calendar is a solar one, starting from May 20th. However, when working with Iran, it is important to recognize that the country has two different sets of calendar events.:

Now, the significance of these two different sets of events lies in the fact that the Islamic calendar is a lunar one. A lunar year is ten days shorter than a solar one. Thus, when operating in Iran, you see that the Islamic events occur ten days before the previous year – a phenomenon that affects your annual planning.

But, in what ways will Muharram affect your business? 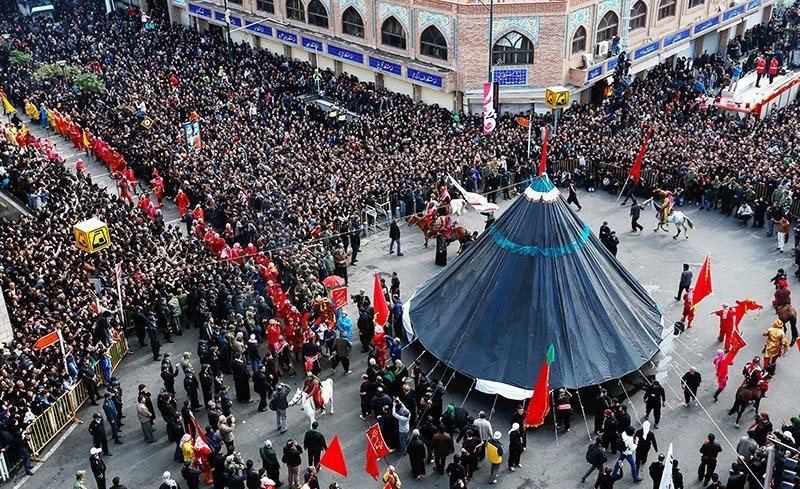 Implications of Muharram Tradition for Business

The few weeks before and during Muharram create a shift in consumer purchasing patterns and also the way people run their businesses.

Muharram is a sacred month of the year and historically, has been associated with mourning and religion. The rituals that are held for the ten first days of the month create an opportunity for people to detach from their day to day hassles and focus on spirituality.

Thus, people hold very few almost no parties, weddings, and ceremonies during Muharram. Also, purchase of non-essential commodities declines. These changes mostly affect the retail industry, which is made up of millions of small outlets. Slow retail industry, in turn, influences the upstream production and distribution activities.

But the retail industry is not the only sector to be impacted. Since the majority of the rituals occur at night, many businesses start their operations later during the day. Moreover, submerged in the overall spiritual environment, many businesspeople refrain from pursuing non-essential business activities during the period.

But, not all businesses will experience a slowdown. The demand for some products rises significantly before and during Muharram.

The rituals of Muharram are carried out in the form of groups mourning. These events start in the evenings and last until the midnight. People consider it an honor to provide dinner to these congregations. Every year, people give out hundreds of millions of meals during the ten nights of Muharram.

The food constitutes of rice and chicken, beef, or sheep meat. The increase in demand for these essential products often results in rising prices during Muharram.

The government puts controls on the Essential Commodities’ prices through the State Livestock Affairs Logistics (S.L.A.L.) Inc. The company operates under the Ministry of Agriculture. It is in charge of regulating the prices of essential commodities by purchasing, warehousing and distributing them at the right times during the year.

The SLAL purchases the surplus production during the harvest season. By doing so, it makes sure that a minimum price is guaranteed for local farmers while maintaining its strategic reserves. It may also decide to import such products as rice and red meat to offset the future shortages during the year.

During high-demand periods of the year, such as Muharram, Ramadan, and the new year eve, SLAL distributes its reserves in the food market. The supplies help maintain the price across the country.

Another category of products that witnesses high demand before Muharram is the black clothing market. As the Iranians wear black for their funerals and mourning events, the demand for such clothing soars in the weeks leading to Muharram.

The central piece of clothing for men is the black shirt. In the years when Muharram falls in the warm seasons, the black t-shirts get high attention, too. For women, the black scarves, shirts, skirts, and especially chadors become very popular for Muharram.

Since the local clothing industry is incapable of supporting such a substantial demand, merchants import the majority of the products from China and Turkey. Lower prices of the Chinese and Turkish clothing makes them more accessible than local production.

According to the Head of the Clothing Association, the Chador market is dominated by foreign products. Local producers maintain less than 20% of the market.

Understanding your environment is a must-do when you first enter a new market. Culture and tradition are woven into the business operations in Iran. Thus, having a grasp of the people’s beliefs and behavior will help you better anticipate the market conditions and prepare yourself accordingly.

Muharram does not have as great an influence as the Ramadan or the new year holidays on your business. Nevertheless, knowing the dynamics of this nationwide phenomenon is instrumental in strategically planning your operations and preparing for your business negotiations during the period.

To learn more about Iran’s culture, take a look at Iran’s Culture.